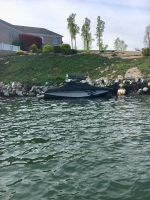 Smith Mountain Lake Marine Volunteer Fire/Rescue Assistant Fire Chief Jason Halm pulled back on the throttle of the company fireboat as he neared a clear area of the lake.

The afternoon sun reflected off the water on July 1 as he checked the radio inside the ship’s cabin. As of 3 p.m., he had been on shift for nine hours.

Fourth of July weekend is one of the busiest times for the department, matched only by Labor Day and Memorial Day weekend, Halm said.

“It’s an ‘all hands on deck’ kind of thing,” he said. “Our incident volume sometimes doubles, if not triples.”

The department had already responded to four calls by 2 p.m., with an average of one to two calls per day on a normal weekend, he said.

“By the time we clock out at midnight tonight, we’ll probably have 10 or 15 total, whether it be calls or just to assist boaters,” he said.

Deputy Chief Ray Talley said the department has run as many as 17 calls in one day during a July 4th weekend.

“These were mostly boating incidents,” he said. “But that was during the years we had 500 calls a year.”

Nowadays, he said the department gets around 250 to 300 calls annually.

He paused and warned the crew to take a break and eat when they could.

“I’m telling you, they’re coming,” Talley said. “As it gets closer to [night], we’ll get busier.”

SMLMFR President Tommy Lovegrove said there were an excessive number of incidents as of the afternoon of July 1.

“We’ve had two patients evac’d out of here,” he said. “On Fourth of July weekend, this is typical. We gear up for it, we prep for it.”

To prep for the weekend and the subsequent increase in call volume, the normal 12 to 15 members scheduled for a weekend was bumped up to a total of 42, Halm said.

The department has a total of eight boats, with one on land in a trailer, which Lovegrove said is for fast response and is kept at Westlake.

All seven were on the water Fourth of July weekend.

“What we do is we map out the density of the accidents based on the previous two years, and then we can predict where we’re going to have accidents,” Lovegrove said. “We map them in July and August because that’s the highest density of accidents.”

“And so we put two boats out. Sure enough, that happened this year and we had instantaneous response time.”

According to data, the area between Hales Ford Bridge and channel marker R31 is the most accident-prone area, Lovegrove said.

“This is the happening spot,” Lovegrove said, explaining how the S-curve and shallow pockets play a role in the number of crashes.

The main cause is boater neglect, Lovegrove said.

Halm agreed and said that though Virginia requires drivers of personal watercraft and boats with motors more than 10 horsepower to take a boating safety course, a lot of people still don’t know basic rules.

Regardless, the department does what it can.

“That’s all you can do, is be ready with guys ready to roll when the pagers go off,” Lovegrove said.

Though the agency doesn’t enforce any policies, they do support ones like Operation Dry Water, an initiative by the Virginia Department of Game and Inland Fisheries that ran from June 30 to July 2.

According to a VDGIF news release, Operation Dry Water means heightened enforcement of boating under the influence laws.

“If a patient’s blood alcohol level is excessive, we’re obviously treating that person, making sure they stay alive,” Lovegrove said. “We bring the paramedics to the scene, transport the patients to paramedics, give them liquids and get them rolling.”

Halm turned the 28-foot boat slowly back toward Bridgewater Marina, taking care to avoid another boat, when a handful of personal watercrafts darted in front of him. 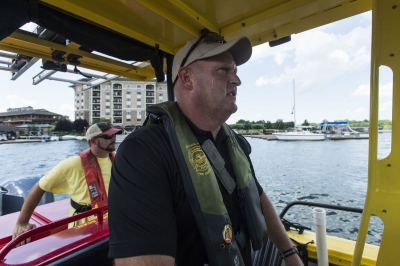 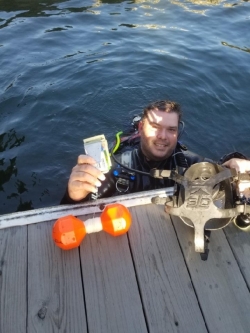 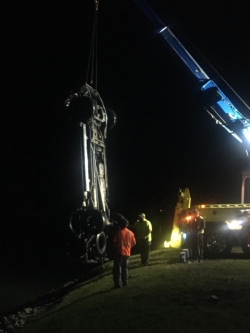 Member login
Links
Smith Mountain Lake - Report Problems with Navigation Aids at the Lake
AEP site to report issues with NAVAIDS
Kidde Fire Extinguisher Recall
Defective Kidde Fire Extinguishers This Kidde fire extinguisher recall affects many models that are popular for use on boats and personal watercraft. After going to the recall website and checking the lists to see if your model is affected, you'll be a...
Smith Mountain Lake - Report Debris in the Lake
AEP site for reporting debris in the lake
Smith Mountain Lake Marine Volunteer Fire/Rescue
PO Box 899
Hardy, VA 24101
911
540-721-5585
Map
Directions
This site has been viewed 185,623 times.
Calls
News
Events
Pictures
Apparatus
FollowTweet
Maintained by the members and staff of Smith Mountain Lake Marine Volunteer Fire/Rescue. Designated trademarks and brands are the property of their respective owners. Copyright © 2006-2022. YourFirstDue Inc. All Rights Reserved. Content on this web site is supplied by Smith Mountain Lake Marine Volunteer Fire/Rescue. YourFirstDue Inc. cannot be held responsible or liable for any content, text, pictures, or any other media found on this web site.
Management login
Powered by